It is common for players in a casino to happily count the money they won. It is uncommon, though, for a player to beat a casino with millions of profit. There were a few people in the world who managed to sign their names in the history of gambling as players who outwitted the casino.

A living legend. A casino winner who turned all the odds in his favor. Don Johnson — a gambler who was banned from playing blackjack in many casinos.
His victory was a result of a carefully planned and thoroughly executed strategy. In 2010, casinos were struggling to increase their earnings and were way more welcoming to high-stake players than usual. Don Johnson used this fact and negotiated for himself the most favorable terms that included many and many relaxations of the rules.
Together with his remarkable blackjack skills, it allowed him to win $15 million total in 3 different casinos without any cheating at all! Just math and skill.

Many think that playing craps is almost all about luck. If not luck, then cheating. Dominic LoRiggio, who gained the nickname of “The Dominator” proved them all wrong. He managed to become one of the biggest casino winners as a dice shooter.
LoRiggio developed his system and learned how to beat the casino with no less but the laws of physics. The dice control technique he used was incredibly precise. LoRiggio could get exactly the roll he needed holding the dice a certain way, throwing them so they roll together, and many other tricks. When he mastered the dice shooting, he went on a tour on various casinos, winning thousands and thousands of dollars with a calibrated hand movement. If you want to become the next Vegas casino winner, Dominic LoRiggio sells his skills via books and courses. So you can have a chance! 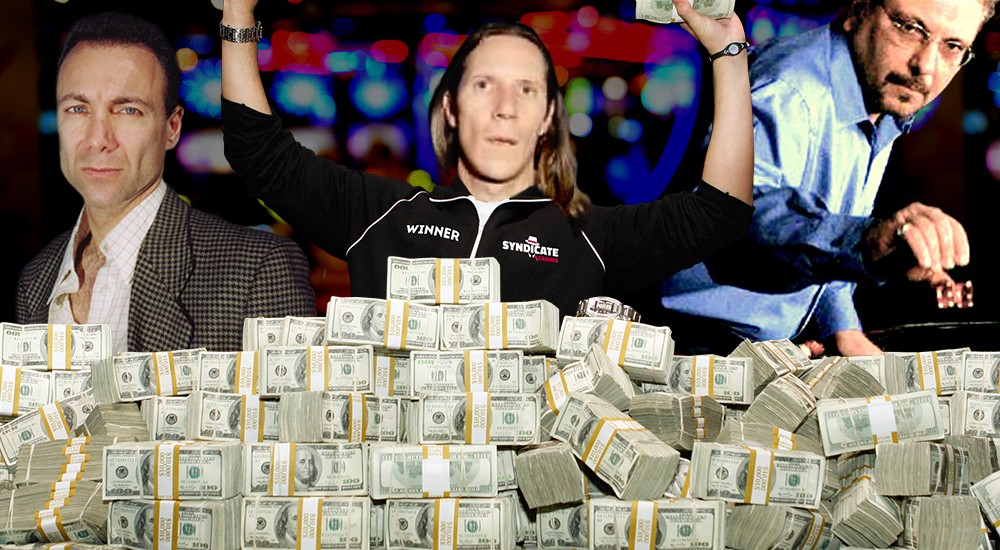 The guy who got the biggest slot machine win. The guy who hacked the system and cheated in slots.
Harris worked for Nevada State Gambling and used this fact to his advantage. His duty was to examine slot machines and ensure they had a computer chip installed that was legal. So he got his hands on the software and duplicated the random number generator. Then Ron, together with his accomplice, landed at the casino and tricked the slot machine.
Ron Harris used the hacked random generator and managed to get over the 1 to 1 million odds and grabbed a jackpot of $100 000. Thanks to it, he became one of the most famous casino slot winners.

Marcus became a casino winner thanks to his smooth and hardly noticeable cheating that brought him a lot of money. He came up with his ideas when working as a dealer and watching the games.
His best strategy was designed for roulette. “The Savannah” move was based on betting a small amount of money on several positions. For example, 3 chips each worth $10. If one of the bets won, he would show the most excitement. What’s so exciting about winning a five-dollar bet? A five hundred dollar chip hidden underneath.

Richard showed a real talent is a sligh of hands slipping a high-value chip from under the lost bet. If he won, he would leave it where it was. The strategy wasn’t something new: many tried to beat the casino with a two-chip stack. But usually, players did it backward, which gave Marcus room to improve the strategy.
Before he finally got caught, he and his teammates earned about five million dollars tricking roulette dealers. Which makes it one of the most successful casino winner stories.
Casino winners are not always cheaters. Sometimes they are just very lucky. Sometimes, very smart. And who knows, maybe next biggest casino winner is you.