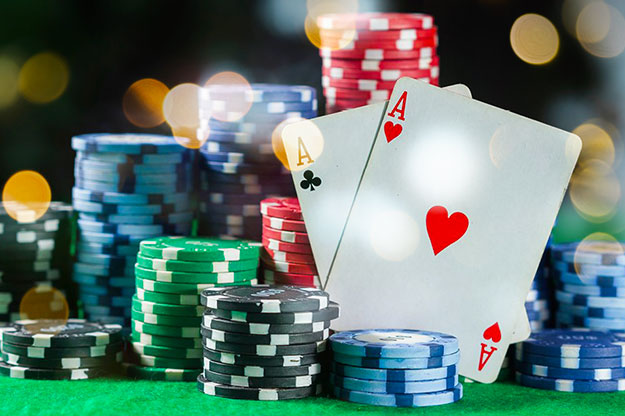 The Razz variation used to be a prevalent version of poker, more specifically within the “lowball” genre. However, lately, you won’t stumble upon the variant at poker sites unless you play H.O.R.S.E – the R stands for Razz. Between two and eight people can partake, and there is no flop or community cards. Given that it is a “lowball” variant, the player must achieve the lowest combination of five cards to win the hand.

As mentioned above, if you are familiar with the seven-card stud variant, you will be able to catch onto razz without any issues. For those of you that haven’t played seven-card stud, we will explain further. The hand starts when you are dealt two cards that other players cannot see and one visible to the table. After the face-up card is dealt, we will see the first betting round. The first three cards will be referred to as the starting hand and will play an integral strategic role, just like in Hold’Em – emphasizing proper hand selection.

Unlike Texas Hold’em, suits are irrelevant, and they don’t offer increased hand strength. The strongest possible card combination within Razz features five, four, three, deuce, and an Ace with that aspect in mind. The goal is to have the largest amount of the lowest cards. This means that the second-strongest combination features six, four, three card poker, deuce, and the Ace. Following the same principle, you can rank all the possible combinations easily.

Other Important Aspects about Razz

The strongest starting hand in Razz is Ace, deuce, three. If you are playing at a full table with seven other players, you should fold if any of your three starting cards is above eight. Another highly relevant tidbit is that you must avoid pairing your cards at all costs. Once paired, the cards are removed from play, making it harder to create the five-card winning combination with six or fewer cards; if all the players before the big blind have folded, the starting hand strength changes.

The Razz poker variant can prove to be quite exciting after you get the hang of it. You would be surprised by just how many poker pros favor this poker style. Another massive reason for learning how to play Razz is that you can’t avoid it if you want to play H.O.R.S.E. If you manage to become proficient at Razz, the good news is that you will hold an immense advantage over the other H.O.R.S.E players. It’s a well-known fact that most players have a poor understanding of Razz. Therefore, you could be running the table by studying Razz.