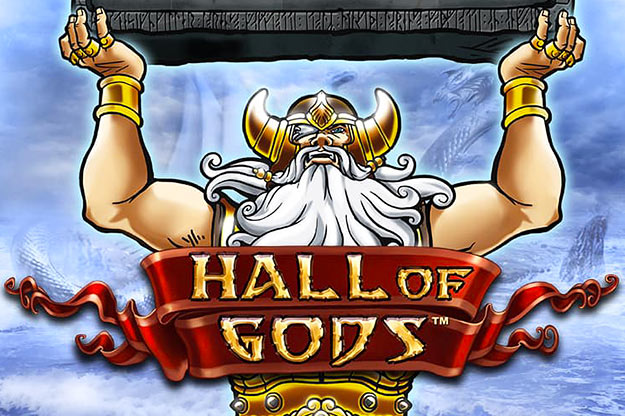 Mythology fans rejoice! NetEnt’s take on the Norse gods has the fantastic graphics we have been used to and engaging gameplay to boot. There are five reels with 20 paylines, and you can try it out in а free play mode. However, when playing for real cash, you stand a chance at collecting one of the progressive jackpots. You have the mega, midi, and mini progressive jackpots that will get triggered randomly. All the usual culprits appear on the reels, from Loki, the God of Mischief, to Freya, Thor, and Odin. The gods themselves are valuable symbols, while we have an apple chest, the Viking axe, and a jeweled necklace for the low value.

How to Play Hall of Gods in Australia and New Zealand

The gameplay is straightforward thanks to the intuitive controls and NetEnt display panel that lets you change the coin value while keeping track of your remaining coins. If the imminent battle sound isn’t to your liking, you could always mute it from the bottom left side of the video slot. Those who like to gamble fast can use the Autoplay feature that lets you roll the reels up to 1000 times. The Autoplay feature stops if you trigger Thor’s Hammer bonus round or reach a certain win threshold.

The Serpent acts as a wild symbol and substitutes all other symbols except for the scatter. Whenever it appears, it will make a beastly sound and expand on the reel. We have two ravens on a grave for scatter, and collecting three of them will reward you with free spins. All your wins will be tripled during the free spins, and you could get 10, 15, or 20 free spins, based on how many scatters are on the reels.

If you are fascinated by Norse mythology and want to win a progressive jackpot in New Zealand or Australia, you should give Hall of Gods a shot. We have found that the Free Spins bonus can be pretty lucrative, and depending on what online venue you play, the Mega Jackpot could be as high as $100,000. Play this and other slots as Marvel Slots or Megawins Slot on Syndicate.casino.